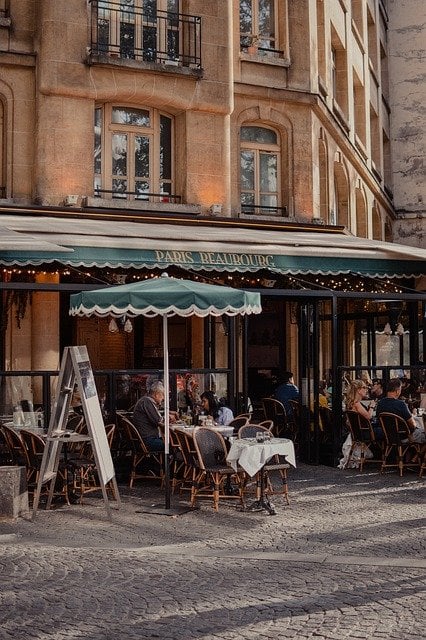 His life of indolence, unsupported by the finances needed to indulge it for prolonged periods of time, was new and exciting for her at first; she’d been a sheltered girl, and he’d taken full advantage.

Toward the end of things, as she realized living on the edge without money for a safety net, you landed on hard times, or wound up doing hard time, the excitement lost its novelty, and on a rainy night when he was passed out and dissipated, she decided she had enough of the stench of danger, and him.

Did he ever tell her he loved her….? Well, it didn’t matter now, did it?

Shuffling past the cafe’s now, in search of food as the cafe owners chased him and his new ragged entourage away from their doors and outside tables full of diners, he not only saw her, but she was with someone new.

The way the light hit the man’s hair, he wasn’t sure if he was gray or blond; he looked older, but not feebly so.

And there she was, sitting across from him, laughing and happy in the moment.

Had he ever given her a reason to smile? He couldn’t remember.

His stomach rumbled, and the cup he carried for spare change grew heavy in his hand.

He didn’t belong here. Not anymore.

Not even on the edge.

He struggled with whether or not to reveal himself, to let her know he was at least alive, if not well, but she was laughing, and he wasn’t the source of it. If she laughed at his shame, or took pity, it would be even worse.

And the man…the man…what would the man do?

The cafe owner on his side of the street saw him stop and stare, and went out to tell him to move along, a warning glare indicating things would go bad for him if he didn’t.

I guess I do love her, then. After all. He didn’t want to, but now it was amour involuntaire, and would remain quite unrequited.

He shuffled off, out of sight, out of range, into the shadows he once embraced so willingly, believing they ‘d never have the substance to return his embrace and keep him.